I've noticed that 1Password X doesn't store some website's logo in the vault automatically, and doesn't sync the manual upload to the Android app. I've added the following URLs to my 'personal' vault:

In an attempt to manually fix this, I begun with Archidekt. I looked at Archidekt's website via the Developer Tools Inspector in Mozilla Firefox, and noted it does use a favicon.ico file in the header, and a "logo.17ade688.svg" file elsewhere in the body. I attached the .ico file to my Archidekt item in my vault, as 1Password wouldn't accept the .svg file as a valid image format. I am aware that 1Password doesn't fall back on favicons as much anymore, but it still doesn't source this favicon file here. I haven't attempted this with the other three sites, but I suspect that they are relatively similar cases. I'll test later when I have time to confirm, if required.

Note: I'm using f.lux on my PC, which is why there is a yellow tint to the screenshots. 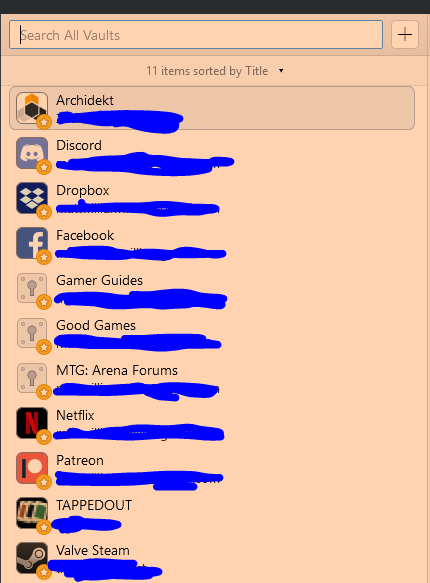 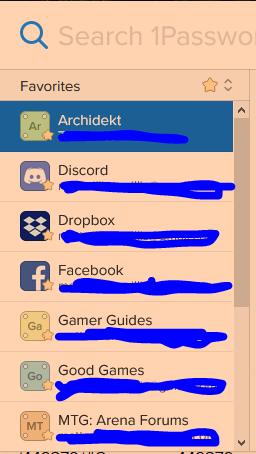