I have a strange issue on my Android phone. I read on the Update Notes that for 1Password 7.1.5 you've implemented the following security feature:

Prevent revealed passwords from being visible to screen capture tools during drag-and-drop. {591}

When I was putting my phone in Do Not Disturb mode I noticed that the Screen Capture icon was blue - normally the icons only go blue when they're active. So I pressed Screen Capture and it took a picture of my screen.

When I went back to the Quick Settings menu I saw that the Screen Capture button was still blue. It remains so even after a device reboot.

It's difficult to explain so I've uploaded a screenshot. Notice how the options in use are blue and the others aren't.

Is it normal for the Screen Capture option to be blue even when not in apparent use?
Is this related to 1Password? 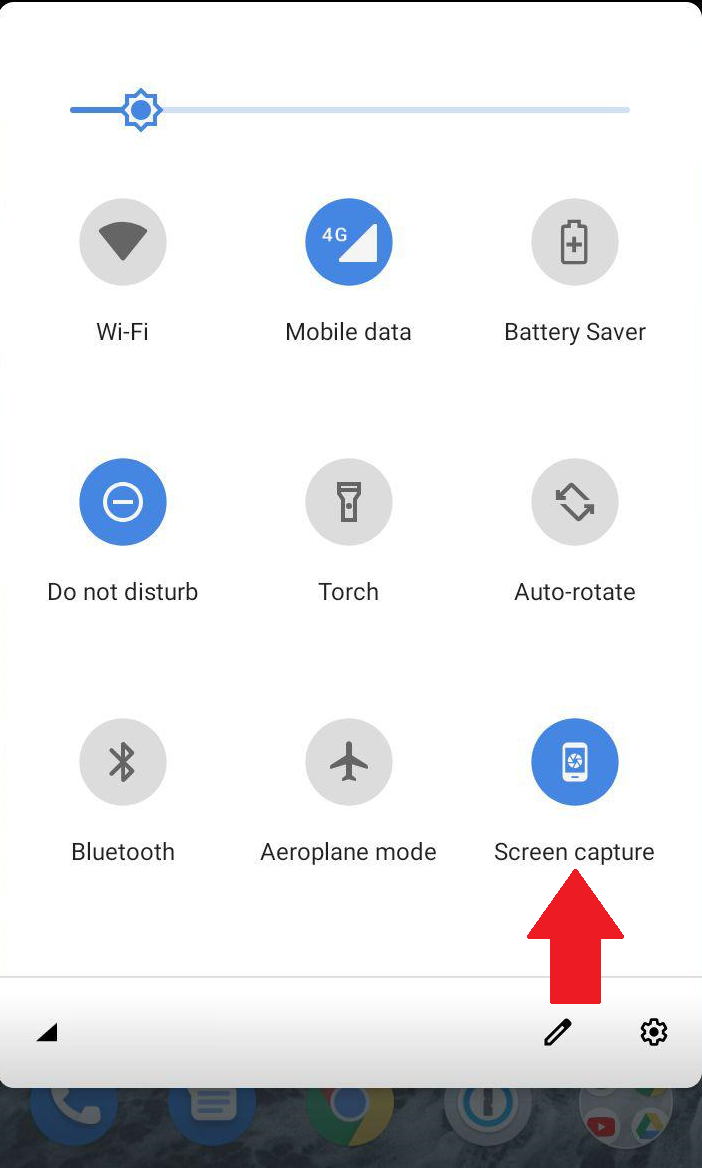