Does 1Password support split-screen view when I am in "Tablet mode"? I believe it is called Snap Assist. Similar in how macOS Split View works. 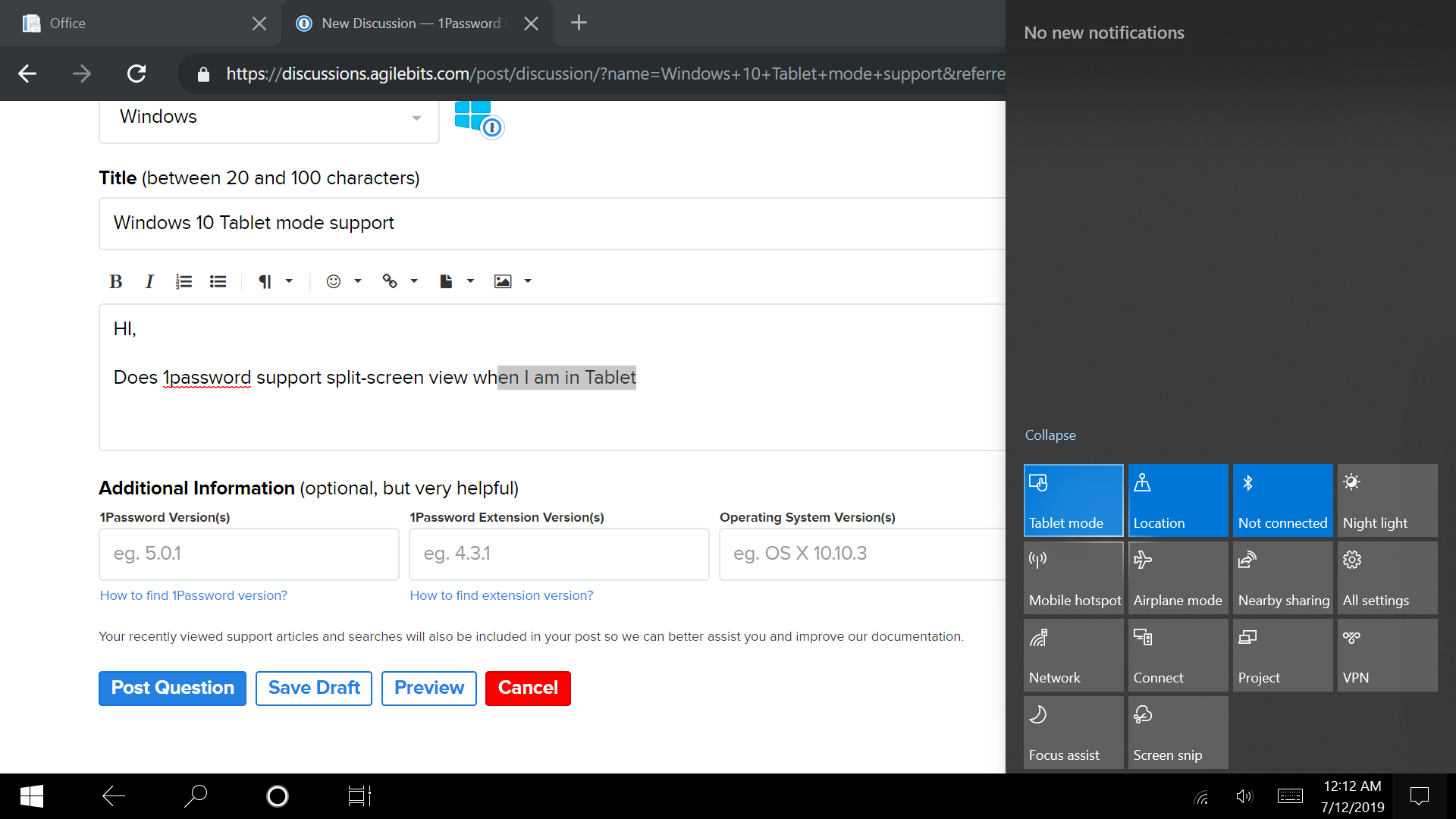