I just tried to upgrade to 7.4.750 but it fails with the following error: 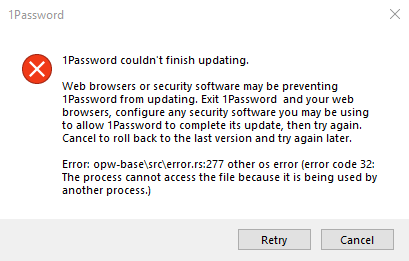 I closed all browsers and killed browser processes and tried again with the same result.

I can't find evidence that a firewall, virus protection or some other security feature is blocking the upgrade.

I uninstalled the old version of 1P, but shouldn't have done that because the clean install also failed and now I'm stuck without 1P.