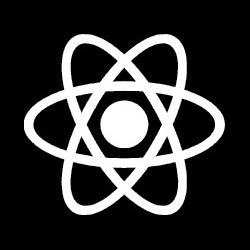 Hi everyone at AgileBits,

1Password is awesome and I've been using it for a few years now. I'm not disappointed but still I think the way you're handling vaults is a bit weird IMO. Basically what you have now with vaults is items in folder with no way to put the same item in several vaults at the same time.

This is a bit annoying and I know it can be worked around with either copying the same item in several vaults (which has the downside of not replicating modifications on that item on all the vaults) or simply putting this item in a common vault (for sharing purpose).

From the point of view of A, there are 3 vaults (which have all to be named differently, maybe something like A&E, A&C&E and A).
First, the names are not meaningful. They only represent relations between people. At the extreme this can end up with a unordered cartesian product of all the family/teams members.

Why not introducing some kind of symbolic linking between items. For example, I can symlink some of my items into someone else's vault? This allows both of us to share passwords without the hassle of vault's creation. Plus it seems more natural to have my password in my vault and some symlinks on them in other vaults.

For short, n=>n "link" relations through tags for example are much more powerful and useful than 1=>n "folder" relations.