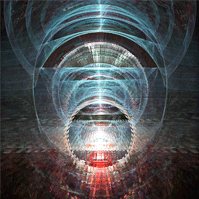 It is not uncommon for a website's password requirements to have some arbitrary limitation on what you can and cannot have in your passwords:

Generally these limitations fall into the following categories:

Of this list, the current Password Generator really only covers category 1. and partially covers 2. and 4. (Allow is not the same as Require, so a randomly generated password still has a chance to fail if short enough. For example: https://i.imgur.com/vPPvBzZ.png).

It would be nice if we could have an 'advanced options' section that expands the Password Generator with the following:

Black and whitelisting will be useful for matching arbitrary limitations such as the one in the screenshot above, and allow you to avoid potential issues.

For example, while working in Finland for a while I had to use a Finnish keyboard, and some symbols are in drastically different locations than my US muscle memory was used to, so I'd have preferred if I could exclude certain troublesome characters from my passwords if at all possible.

On a semi-related note, It would be useful to have the option of defining a delimiter that is used to separate longer passwords into more readable chunks. So for example, if I generate a 16 character password: ABCDEFGHIJKLMNOP

I would like to be able to check an 'Add delimiter' option and specify a character, for example an underscore, which is then inserted every 4-6 characters. So the above example might instead be: ABCD_EFGH_IJKL_MNOP which is far more readable and easier to enter by hand.

I see the 'Words' option as being an attempt at addressing the readability issue, but of course many password schemes (see above) don't allow only words. I think the best approach would be to simply add 'Delimited' as a new selectable option in addition to 'Characters' and 'Words'.

In the above example the user would have manually increased the length from 16 to 20, since in practice, this does reduce the overall entropy (20 pseudorandom characters vs 16 pseudorandom and 4 more predictable) but the the readability benefit would definitely make up for that

While the argument could be made that ideally you would always either use a browser extension to automatically enter passwords for you, I myself still often find myself having to look up a password on my phone and manually entering it somewhere where I don't have the ability to customize the machine.