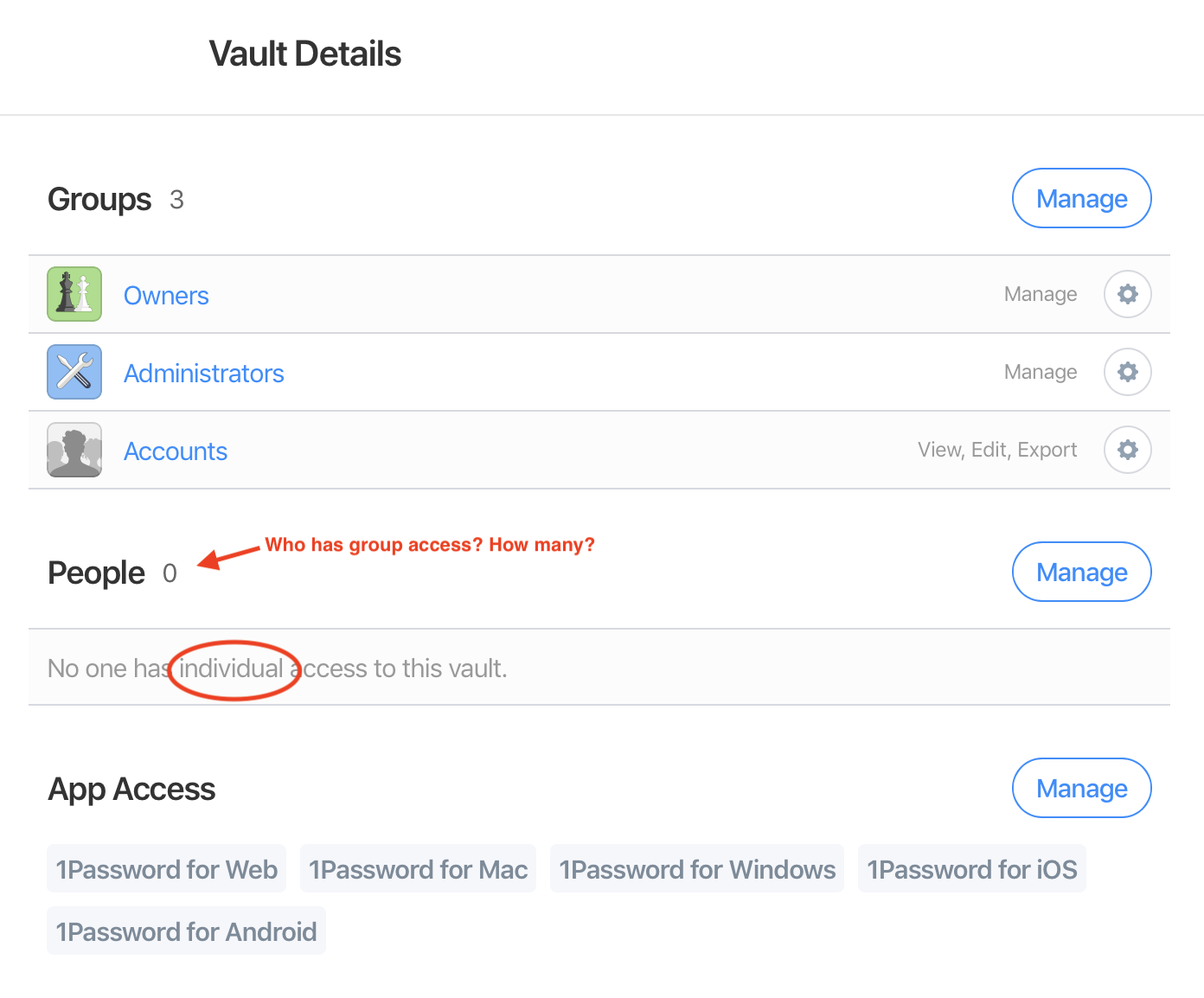 We do have users assigned to this group. 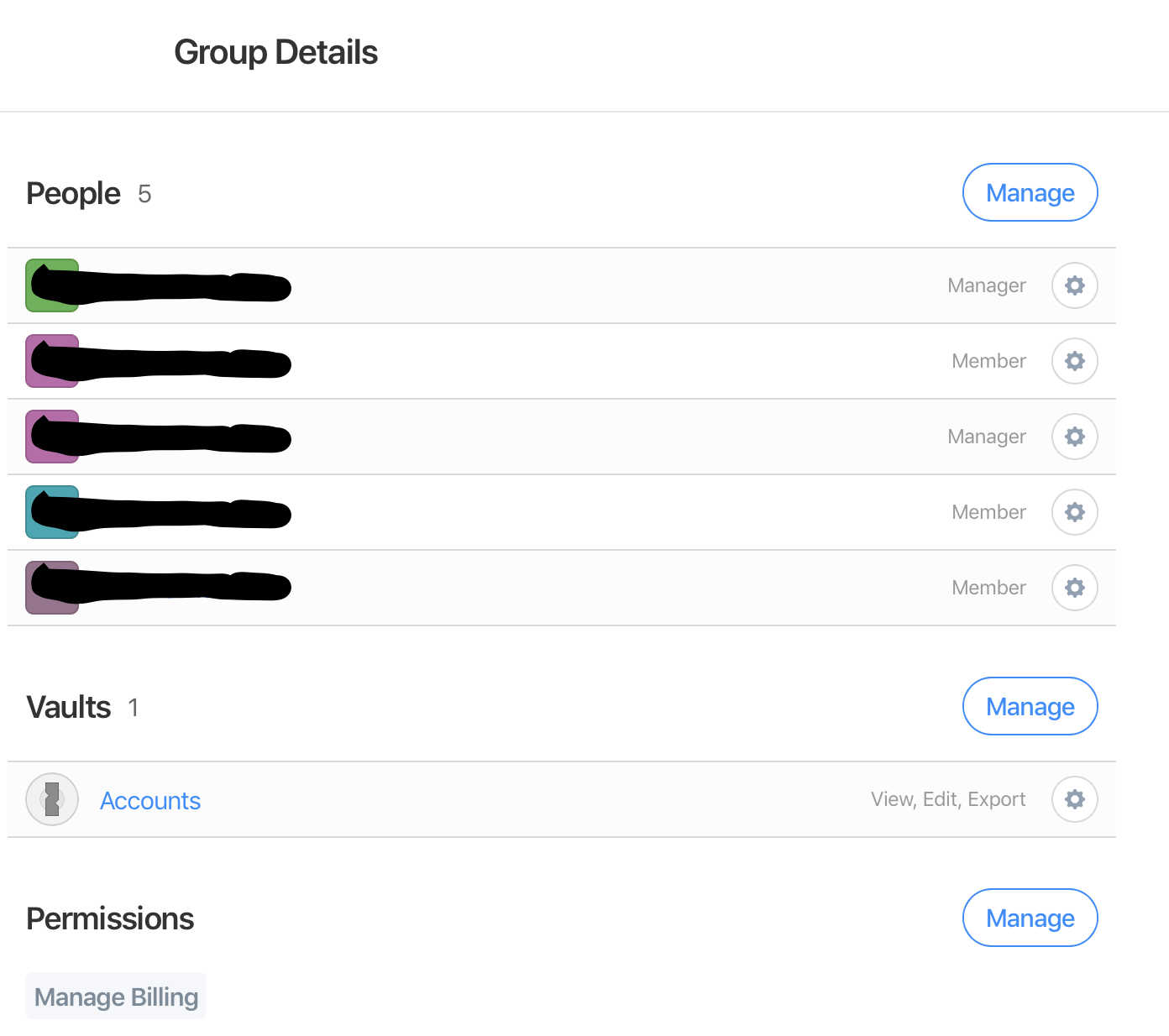 A similar issue is evident when viewing a user. This user has access to the Accounts vault via the Accounts group. 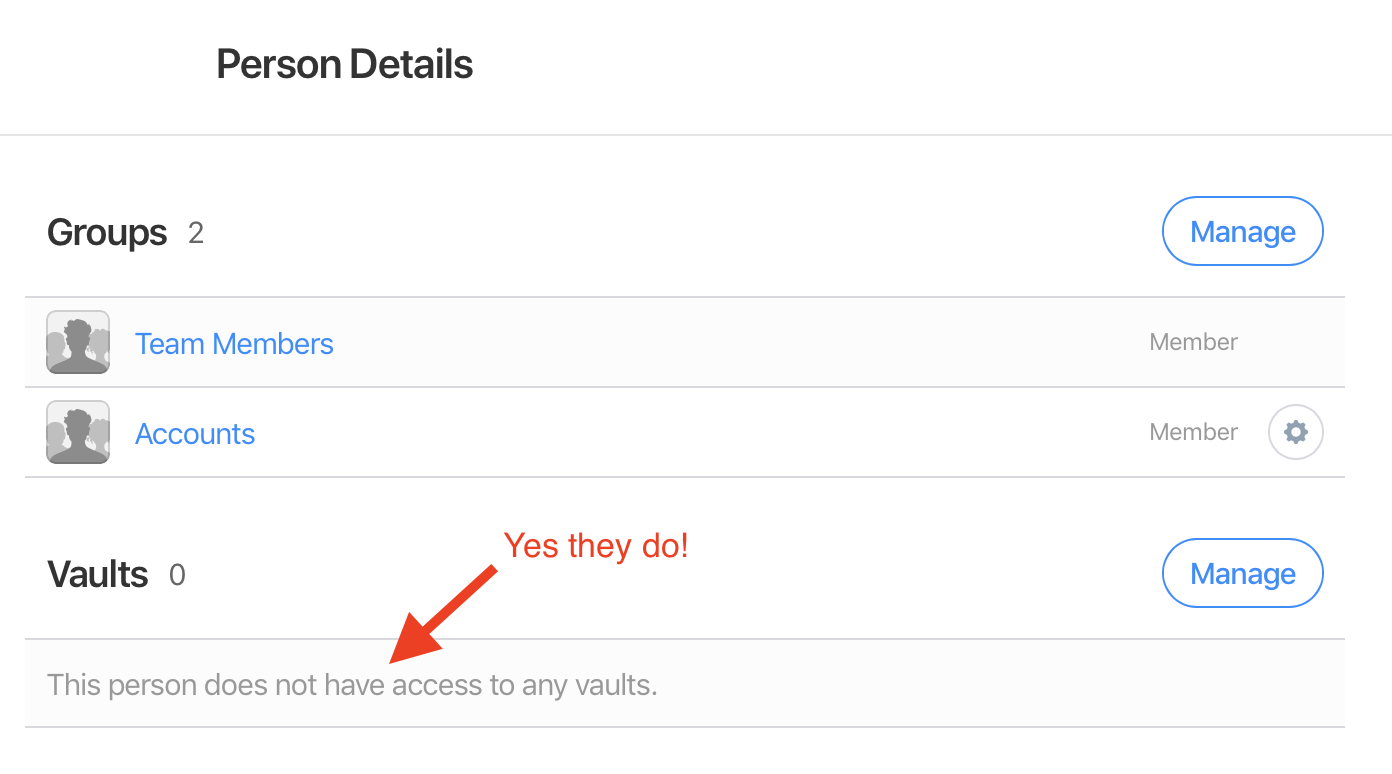 For management and auditing purposes it would be great if vault access via a group (or groups) was made clearer. The current feedback is confusing and could lead to inadvertently exposing secrets to the wrong users.