On the web version I seem to be missing rich icons for some sites, these are icons that have been added automatically and not by me.

For example, in the below screenshot 1Password web is on the left and the 1Password Mac is on the right 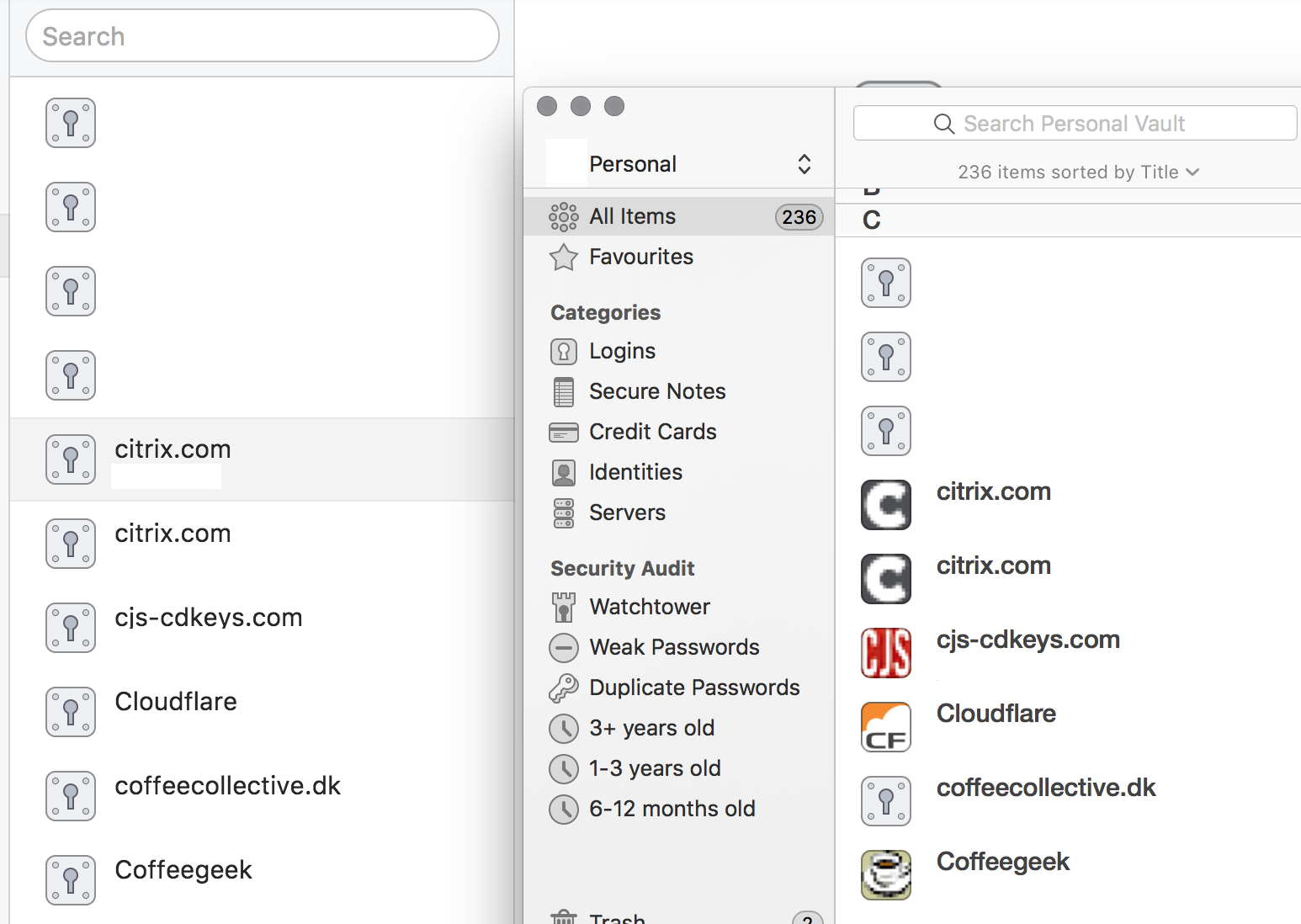 Why is citrix.com, cjs-cdkeys, cloudflare and coffeegeek missing the icon even though it's present on the Mac app?

In addition to that, some icons fail to display and show a notes icon instead then after ~30 secs end up displaying the correct icon

Lastly, on the desktop app how come an icon automatically displays on the left pane but it still shows the stock icon in the right pane?

It still doesn't explain why the desktop app can find a rich icon using https://citrix.com/ in the website field but the web version can't.