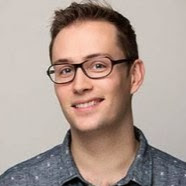 In the desktop version you can add multiple URLs to avoid having multiple identical logins for sub-domains. Dell, for instance, uses the same login details for 5 different domains. Ali Baba has a AliExpress top domain in addition the alibaba.com, as another example.

On Android the URL field is a singular field. I cannot add any additional sub domains or alternative too domains. Can you improve the feature parity? An elegant way would be to have a plus sign alongside the edit button on the URL field.