Having much difficulty wrapping my head around backup and Dropbox sync in standalone 1Password 7 for Windows. For what it's worth, I have no problem doing this on Macintosh. But it seems more complicated under Windows.

My client had been using 1Password 4 under Windows 10, syncing to Dropbox. I used a Win 10 USB installer to erase the drive and install a clean copy of Windows. I installed Dropbox and synced to computer, then installed 1Password 7, purchased a standalone license for it, and directed it to the 1Password 4 data in Dropbox. I got this 1Password dialog: 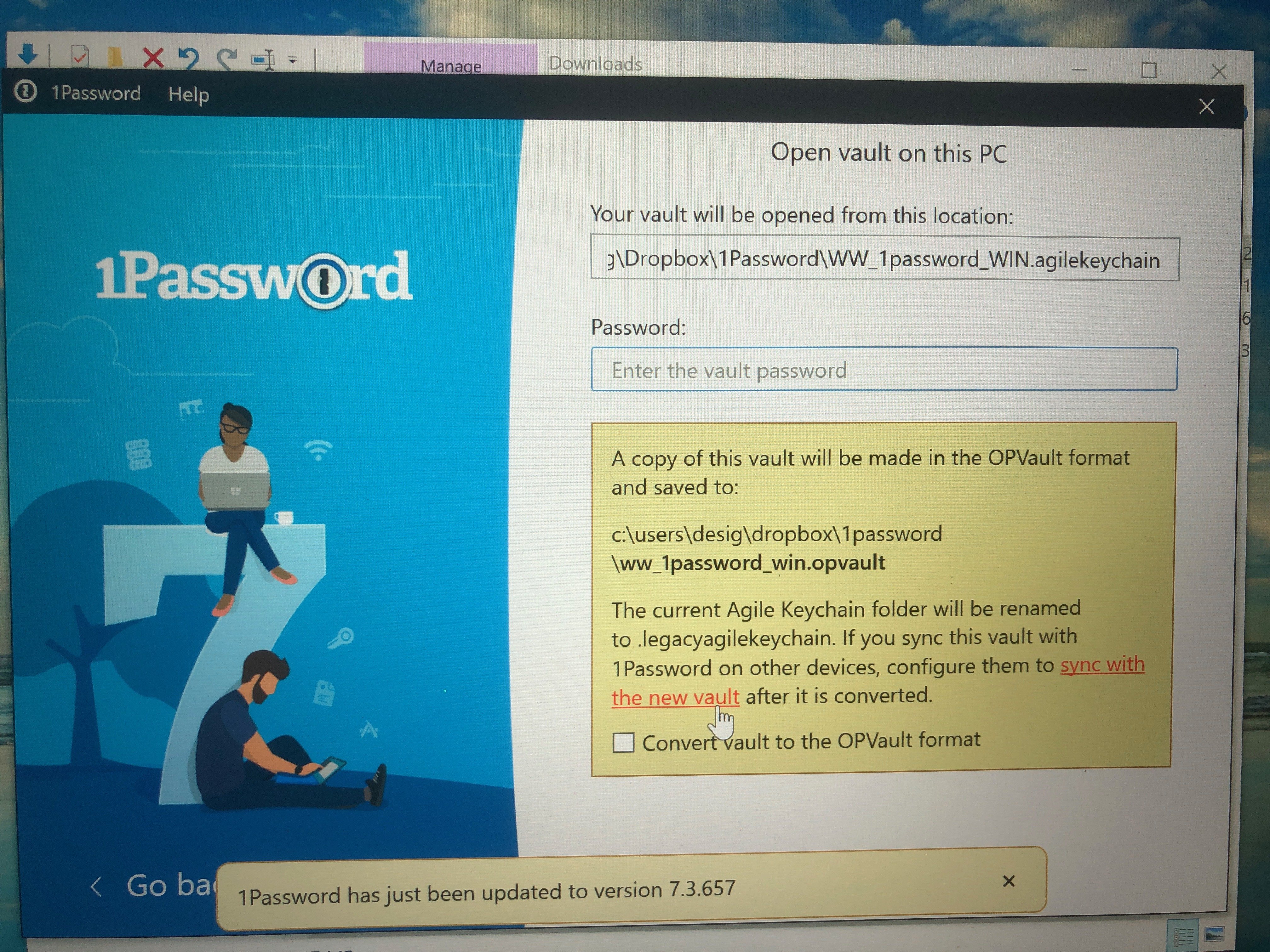 I checked convert to OPvault, and 1Password performed the conversion. I saw the converted file in Dropbox, along with the old version.

So far, so good. But then--as I'm used to doing on the Mac--I looked for a way to manually create a backup file. And did not find it. So I searched the web, and found numerous how-to articles from Agile Bits. But ultimately, they confused me.

I did go to the vault in 1Password sidebar, turn off syncing, and then turn it on again, pointing to Dropbox as the sync destination. So I think that's working correctly.

(Is it accurate to say that 1Password 7 for Windows behaves like the Mac version, in the sense that the actual 1Password data resides in a "hidden" location, and 1Password "pushes" a copy to Dropbox--or iCloud, in the case of the Mac?)

But backing up is another matter. At one point, drilling down into 1Password settings, I was told I need to set up "backup sync." I have no idea what that is and, even though I tried finding support articles, how to set it up.

I did see something that said 1Password automatically backs itself up every 24 hours if there have been any changes. But when I sped a lot of time working in 1Password (on my Mac), I feel better if I create a backup and then save that to disk.

Can I accomplish something similar in Windows by copying the 1Password_WIN.opvault file in Dropbox to disk?

In any case, would you please give step by step instructions for enabling backup in 1Password 7 standalone for Windows, and where to find those backups? (On 1Password Mac, there's a "show files" button in the Backup preference pane.) It appears on WIN 10 to be located in users > AppData > Local > 1Password > backups.

And also, would you confirm that I set up Dropbox sync correctly?