I love 1Password and have been using it for years individually, though last year I upgraded to Family. I am trying to get my teenager set up and it has been a monumentally frustrating experience.

Sent an invitation. Had the app already downloaded to Win 10. I, as the family manager, did not confirm his invitation until after I was setting up his account. Opened up the app and went through the steps. Then I confirmed his invitation. After the Win 10 app was setup with a master password it now displays my name rather than his name. I am not certain if it is the name of the private vault or if it is the account name. But I cannot figure out how to change it. When the app is opened it displays like the image I have attached (top picture). My Name is Jeff and his is Dylan. You can see that the name on the account name is mine (if I am referring to it incorrectly, but I think it's the account name).

When we go to 1password.com to log in it displays my name as his account name, but his email (second picture in the image).

When I log into his account in 1password.com, it displays his name correctly (see last image in attached image).

So what is going on and what is my name doing associated with his account and how do I change it? Is it the name of the vault? Versions are all latest. 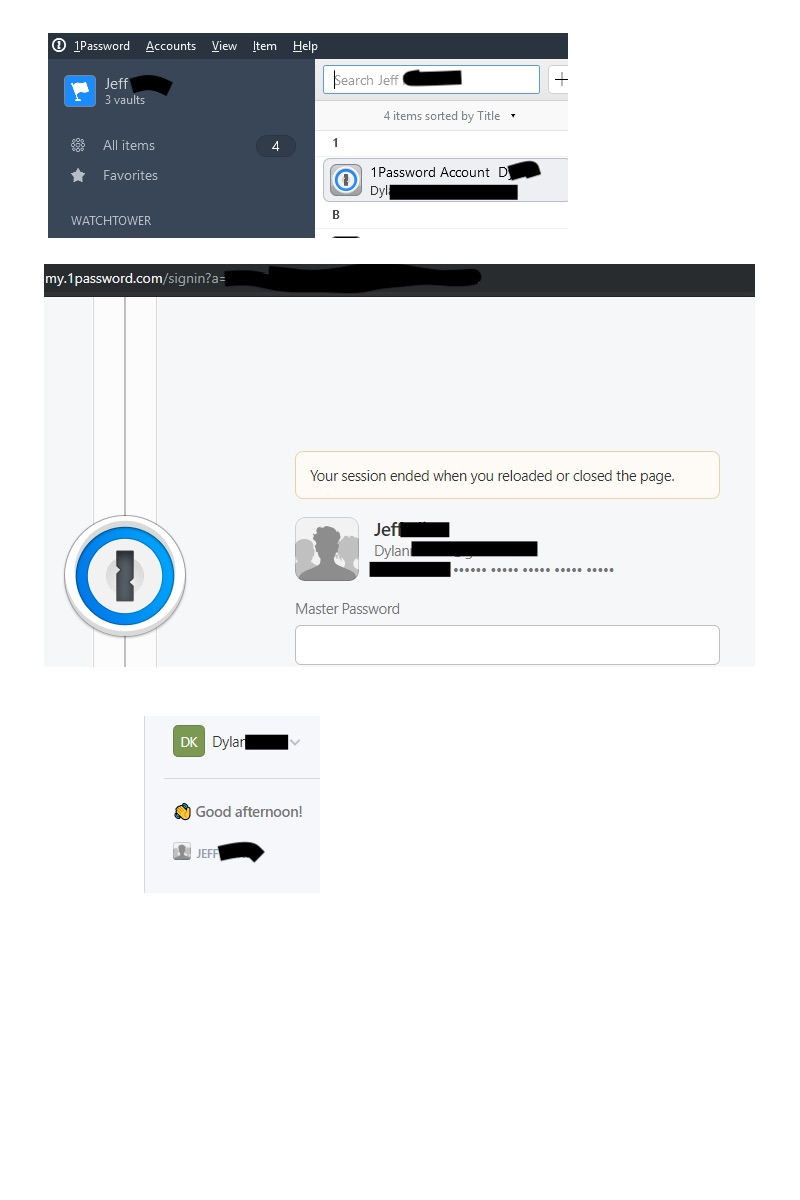